I went out in order to buy stuff... what I came back with was a 30GB USB-HDD called LaCie Little Disk. When I connected it to a PC, the hardware recognition reported a Samsung HU030HA disk. Ah! That calls for google ... this and this came up. I am actually able to read both, Italian and Dutch.
It all comes down to pulling the ZIF cable from the drive and insert it (same end) the other way around.

Here's what the drive looks alike, the ZIF cable is already turned. 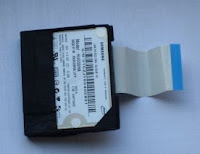 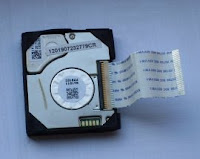 Now lets have a look at the open Aspire One 110L. The SSD is still in place. In order to remove it, the right hand side I/O PCB need to be removed, since the SSD's second holding screw is hidden below this PCB. 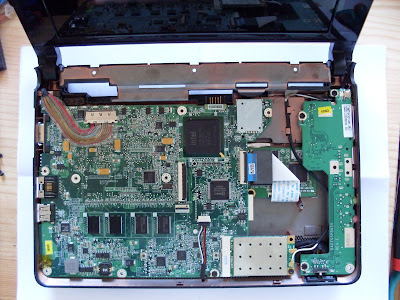 Now, with the HU030HA installed, just before the I/O PCB was reinserted. 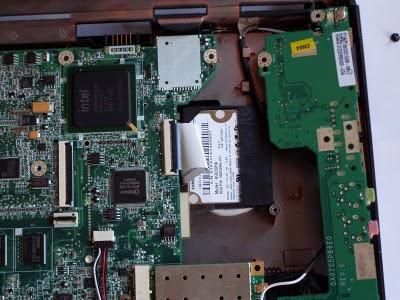 $
BTW, my Aspire One is running Jolicloud. Was it worth building in the HDD? I don't know yet. The netbook feels somewhat more responsive, mass-storage is increased from 8GB to 30GB and there is no need to be afraid of too many write cycles...
Posted by Joachim Seibert at 8:19 PM