This is an attempt to explain my understanding of the DCTL (Distributed Capacitance Twisted Loop) antenna. Personally, I am convinced to have understood its functioning. In a second blog entry I will provide detail for a 10MHz DCTL antenna, so you could build one yourself.

Let's start on a simple design of a self-resonant loop antenna. This concept is also known as frame antenna. A sort of magnetic loop without a capacitor but two windings instead. The two windings (parallel conductors) will provide a distributed capacitance which will form a parallel resonance LC-circuit, as we know it from regular magnetic loop antennae.

Let's assume, the feeding is done by a T-match, this would result in the following configuration (red=feedline): 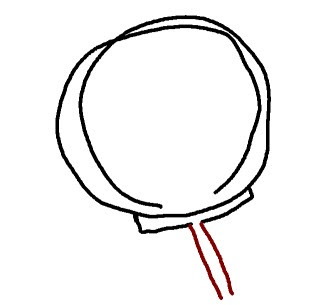 The T-match as got two feed-points to the otherwise closed resonance LR-circuit. Those feed-points are marked in the following sketch: 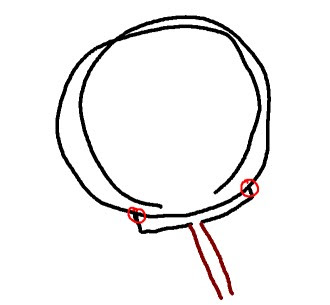 Assuming that the conductor of the loop between the feed-points roughly matches the feedline's impedance (200-300Ohms), one could squeeze this section into a hairpin structure. The following sketch would reflect this... 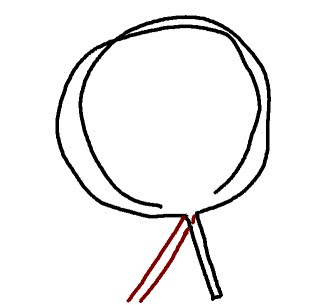 However, here is, what was though about in 1994, the end result of the DCTL (as you may find it on the internet).

The sketch show a capacitive (open) stub which terminates the loop in a fashion known from magnetic loops. This stub adds a few pF only, and should be cut to the mid-resonance of the DCTL. The stub lowers the DCTL's frequency, hence, the DCTL has to be cut to a QRG above the aimed operation frequency. Finally, having a DCTL self-resonant, i.e. w/o capacitive stub, above a ham-band, allows for a kit of stubs to cover the whole band. 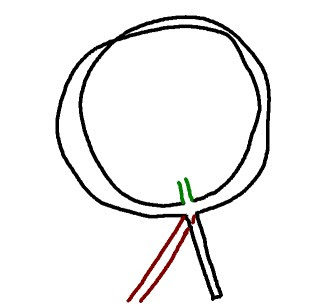 With this tiny post, I hope to focus your attention of a very portable antenna, which is almost forgotten, probably because it was never understood or decently explained in the first place.

Posted by Joachim Seibert at 10:25 PM